>I have been toying with a new Linux distribution tonight and I have to say, it has blown my mind!

How could this be Mr. Mac? I thought you were devoted to Ubuntu and thought that it was the best thing since sliced bread?

Yes that’s true but tonight I inserted yet another Live CD into my PC and booted into PCLinuxOS. What a great distribution. With the entire operating system running from one little old CD ROM, I have a completely capable PC running as stable as any Linux distro I’ve tried (and believe me, I’ve tried a lot of ‘em!).

Full network functionality including browsing all the other PCs on our home network, video and sound playback (no DVD playback without installing the appropriate library – it tells you how when you install it.), full internet capability, an office suite and it even detected the printer and scanner on the first go.

Here is a screenshot for you to see what it looks like. 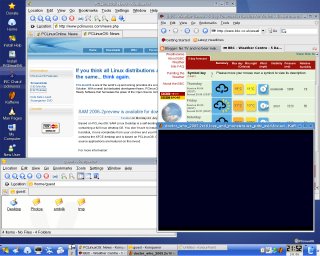 It is bloody great!!! Although, in the screen shot, you can’t actually see that I was watching a video streamed from Patrick’s PC onto mine.

Give it a try and see for yourself. Make sure that you get the one optimised for your graphics card too. There is a version for Nvidia cards, ATI cards and also a plain-jane version that will work with all cards. With the optimised versions, you’ll get 3D acceleration out of the box which is rare with Linux. Especially if you have an ATI video card. 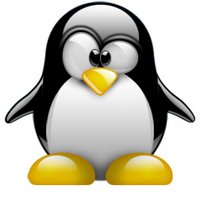 ps. This post including the screenshot was made entirely with the PCLinuxOS running on my PC – not bad huh?